How to detect myocarditis in the racehorse thanks to equine technologies? 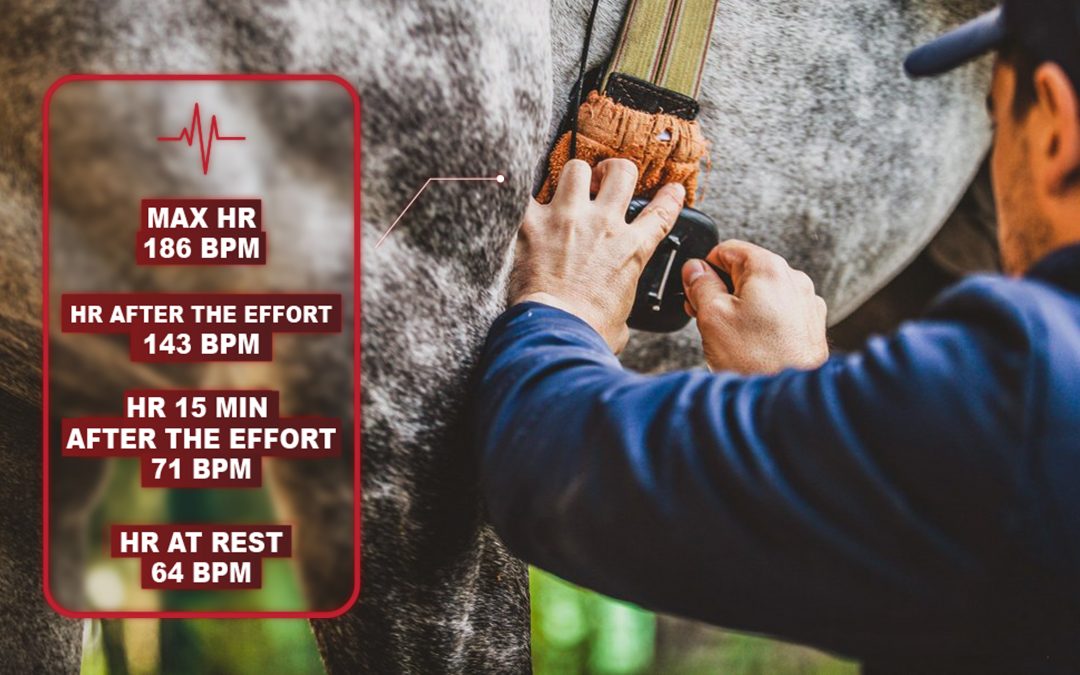 Home 9 Health & Science 9 How to detect myocarditis in the racehorse thanks to equine technologies?

What is myocardial inflammation?

The myocardium is a thick and hollow muscle of the heart that can contract. Also called the heart muscle, it is therefore responsible for the heartbeat. When it contracts, the myocardium allows blood to flow through the blood vessels and feed the horse’s various organs.

Inflammation of the myocardium, or myocarditis, therefore affects the muscle function and causes an unstable heart rhythm. In short, myocarditis can lead to serious heart rhythm disorders, severe heart failure and sometimes even sudden death.

It is therefore important to detect any inflammation of the myocardium at an early stage in order to limit all risks and preserve the health of the athlete horse.

How can EQUIMETRE help in detecting a myocardial inflammation?

In this real-life case study, we will analyze the pathology experienced by a racehorse we named Arion for confidentiality reasons. Following the heart rate analysis and with the help of a thorough investigation of his cardio, Arion’s entourage was able to detect a myocardial infection.

The regular monitoring of Arion’s training allowed the quantification of his maximum heart rate (MaxHR), which was around 225 BPM, and a heart rate 15 minutes after the effort of around 75 BPM. Although these values may slightly evolve over time, any sudden and significant change is a warning sign and requires further investigation. This horse has a good recovery after exercise and a good recovery 15 minutes after exercise. 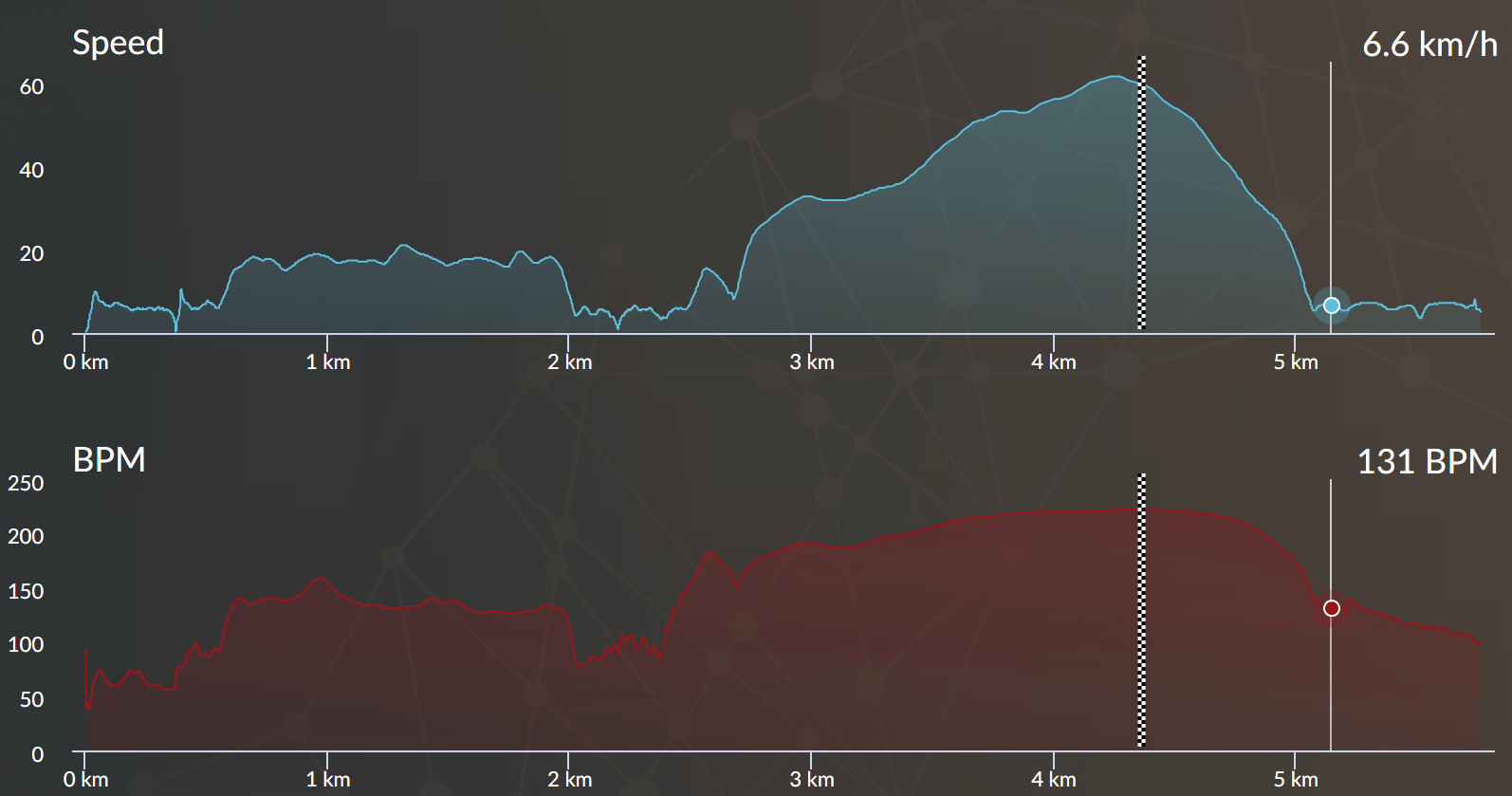 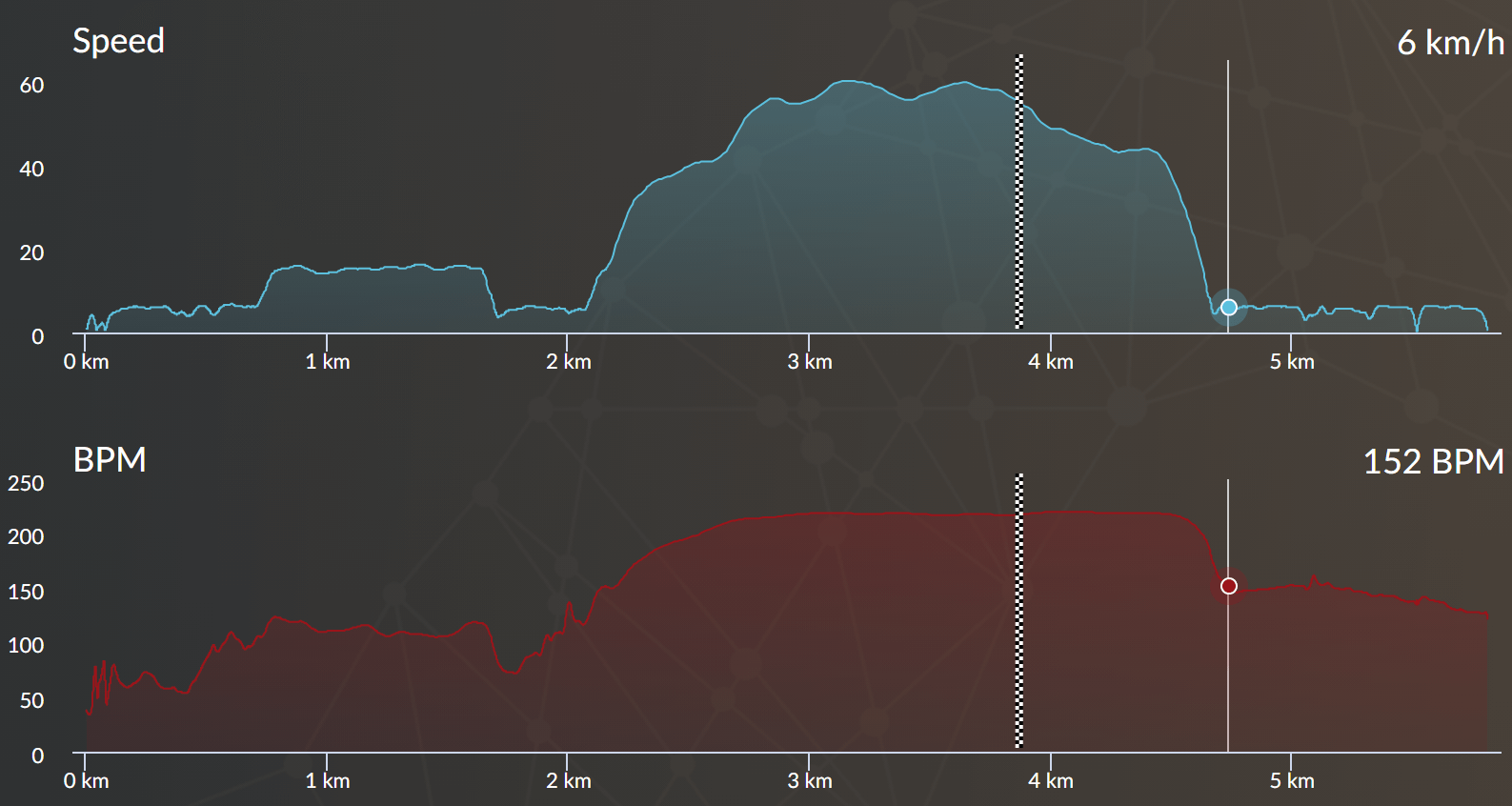 The graphs above illustrate the difference in recovery of this horse in two comparable sessions (with similar conditions and intensity). During Training 1, Arion shows a good and fast recovery after decelerating. Indeed, the heart rate decreases at the same pace as the speed decreases and stabilises after the effort is stopped. In contrast, in Training 2, his heart rate remains at a high level, although his speed has decreased. Arion’s heart rate only decreases several minutes after the effort is stopped and slowly returns to normal. The two efforts of similar intensity were not sustained in the same way by Arion.

Between December 2020 and February 2021, Arion’s trainer detected significant differences in recovery values between the two training sessions. As shown in the Analytics data platform below, his recovery deteriorated significantly.

The average heart rate, automatically calculated for each indicator, makes it possible to quickly detect an abnormal variation. When we look at the recovery after the effort, we notice that for the training session of 22/01/21, the heart rate is 18 BPM higher than the average: it is 159 BPM for a usual average. Compared to previous efforts, the horse shows a poor recovery, especially visible in its high heart rate 15 minutes after the effort. This trend was also confirmed by a significant counter-performance during a race.

The two training summaries below, taken from the EQUIMETRE platform, show the deviations that worried the horse’s trainer. Both training sessions took place under similar conditions, with equal intensity and duration. Training 1 session showed rather positive values, with a good recovery 15 minutes after the effort. In contrast, Training 2 showed a poor recovery, both after exercise and 15 minutes later. This sudden and consistent deterioration in recovery is alarming, and suggests that the horse has an underlying problem.

This undesirable increase was repeated several times in a very short period of time. Furthermore, this sharp deterioration in recovery correlated with several poor race performances. This led the trainer to further investigate these worrying performances to ensure the health of his horse. The veterinary analysis showed that the deterioration in fitness and recovery was due to a myocardial infection. It was the analysis of the horse’s ECG that revealed the pathology.

In summary, the myocardial infection affected the recovery of this horse, but the short term performance remained, with some exceptions, broadly similar. Thus, with the naked eye and without a measuring tool, the infection was near to impossible to detect. Fortunately, the data collected by EQUIMETRE, coupled with the responsiveness of the trainer, allowed the horse to receive treatment and be stopped in time. In the long term, this condition could have seriously affected Arion’s breathing capacity (and performance). Arion was immediately stopped and given the necessary treatment. #RaceAndCare

What to do once this condition is detected?

Obviously, rapid intervention is necessary when suspicions of such an infection arise. If the symptoms are confirmed then the vet will use medication (usually antiviral). However, the affected horse should be closely monitored and rested. Adjustment of the horse’s diet may also alleviate the symptoms. Complete recovery and heart function usually takes several months. In addition, in some rare cases, there may be long-term sequelae.