The symmetry and the regularity of the racehorse 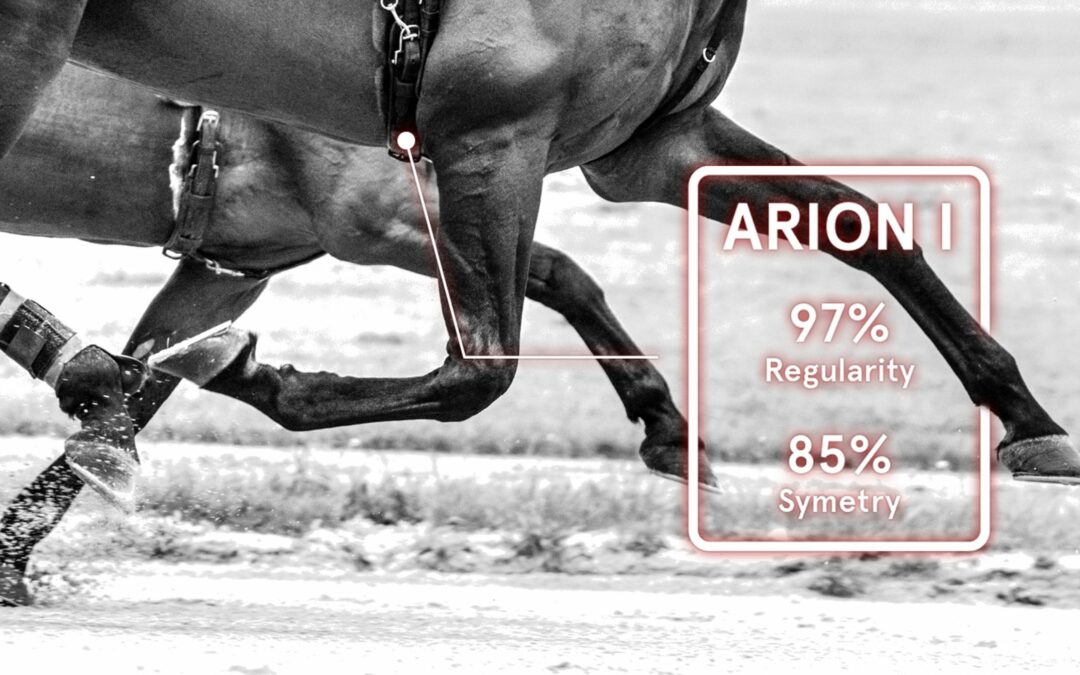 Although stride frequency and stride length are key parameters, objectifying locomotion requires the use of other tools. Indeed, other indicators can provide different information when it comes to describing how a horse moves. Stride frequency and stride length provide information on how the horse can accelerate. However, it can also be valuable to compare strides with each other. The regularity and the symmetry of the racehorse are two key indicators. In this blog we will analyse locomotion through the prism of regularity and symmetry.

1. The regularity, a guarantee of quality?

By comparing the distance covered by 5 consecutive galloping strides, it appears that two strides are never exactly the same size, but they remain close in stride length. On this example, the stride length would be 7m54 (by averaging all these values) but no stride is exactly 7m54. 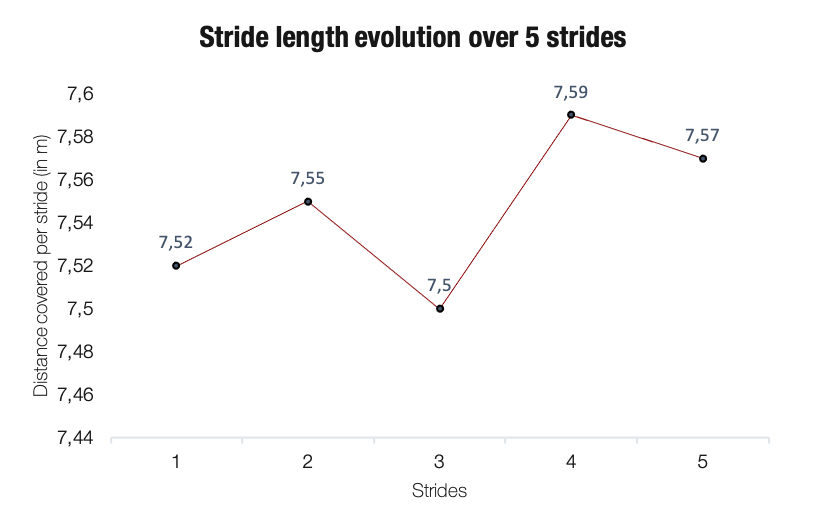 The more the strides are different from each other, i.e. the less regular the regularity, the more energy the body expends to maintain the pace. A lack of regularity leads to a lack of efficiency and therefore to more effort for the horse. As a general rule, successful horses have great regularity data.

Regularity is not a fixed value but depends on many parameters. It increases with age and training and is a witness to the improvement of a horse’s coordination. At high speed, it decreases because it is more difficult for the horse to maintain a smooth and clean stride as he approaches his limits. Furthermore, it is possible to link regularity to pace or stride length: an increase in pace creates an increase in regularity. On the contrary, the longer the strides, the more the regularity decreases as it creates a movement away from the horse’s center of gravity who can’t control his progress (LELEU, GLORIA, RENAULT and BARREY, 2010).

2. The symmetry, the key to performance?

Symmetry can only be defined when trotting. It compares the movements of the right diagonal with the left. In canter, the two diagonals do not perform the same movements, so the symmetry cannot be calculated.

As all horses are left or right-handed, this asymmetry leads to a different musculature on both sides. As a result, the thrust of the hindquarters is not the same on the left and on the right. In the trot, the two diagonals must propel the horse forward in turn and are therefore subject to the strength of the associated hind leg to perform the movement.

Symmetry quantifies the spatial and temporal variation between the movement of the right and left diagonal. Ideally, both diagonals cover the same distance and result in the same time. Like regularity, symmetry improves with age and training which will erase natural asymmetries.

A lack of symmetry leads to premature wear of limbs and hooves as the horse must constantly compensate for the asymmetry of the gait. Horses with poor symmetry also tend to lack balance, especially in curves (LELEU, GLORIA, RENAULT and BARREY, 2010). However, it is normal to observe a decrease in symmetry at high speeds. Similarly, mounted trotters are less symmetrical than harnessed trotters (LELEU, GLORIA, RENAULT and BARREY, 2010).

As the two diagonals does not perform the same movement, it is possible to measure this disparity in order to define symmetry. Horses with defects in symmetry are less efficient and more at risk of injury.

Regular monitoring of symmetry and regularity allows you to get to know your horses better, to check their progress or to detect pain.

However, it is important to keep in mind that a horse is never perfectly symmetrical or regular. As every horse is right or left handed, it has an asymmetry. Moreover, a stride will never replicate itself in all points identical due to the many physical parameters to be taken into account. It is a question of comparing a horse with itself or with another and not with an arbitrary value.

Well conducted training should improve the symmetry of the horses by promoting harmonious musculature and trying to erase natural disparities. To this end, it is useful to know which horse is right-handed and which is left-handed so that the exercises can be adapted to preserve the horse.

It is therefore relevant to monitor the evolution of these two parameters. It allows to ensure that the work is balanced and to detect early possible injuries.

In the event of injury, to relieve the painful limb, the horse will transfer weight to the healthy limbs which reduces regularity and symmetry. Any significant variation from one session to the next is a warning to the trainer. Depending on the trainer’s feelings and the horse’s veterinary history, objective data on symmetry and regularity will inform the decision to investigate a possible injury and provide valuable information to the veterinarian if necessary.

In this way, training leads to an improvement in symmetry and regularity. Tracking these values and comparing them over time makes it possible to quickly detect a problem and check the effectiveness of the work.

Regularity and symmetry are therefore two key parameters in understanding a horse’s locomotion. Comparing one stride to another and the movement of the 4 limbs allows us to quantify the harmony and symmetry of the musculature of athletic horses. Monitoring these parameters provides a lot of information on the work carried out but can also provide information on other problems.