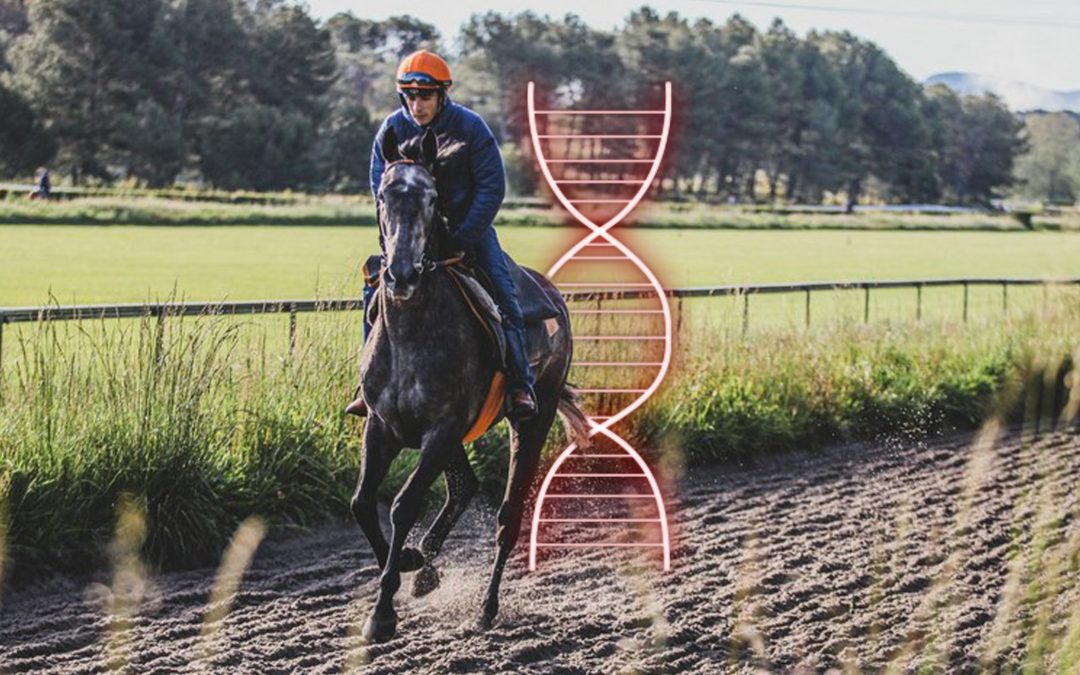 Why study the racehorses’ genetics?

Numerous genetic researches have been undertaken to optimize racehorses’ performance. The aim is to identify the genomic and genetic parameters that influence performance. By breaking down the genomic regions and their contents, the genetic study makes it possible to establish correlations between the gene examined and the performance of the horse studied.

Genetics is the science of heredity. It studies the hereditary characteristics of individuals, their transmission through the generations and their variations (mutations). It was the study of this hereditary transmission that allowed Mendel’s laws to be established. The discovery of DNA, which is the carrier of genetic information, led to the development of molecular genetics.

Ideally, through this research, the analysis of a horse’s DNA could identify and quantify the potential of the racehorse. In addition, this technique could allow further control of breeding to produce foals with the best genes.

What is the achieved progress in scientific work to date?

Many studies have been carried out, but none of them on a scale large enough to draw accurate and reliable conclusions. However, research is progressing rapidly, and the scientific comprehension of the subject, although subject to ethical questions and strong criticism, is evolving rapidly.

Research work has made it possible to define the genetic index. According to the IFCE, this index, “seeks to estimate the genetic quality of a horse, i.e. its capacity to transmit its qualities to its offspring. It makes it possible to predict the value of the future production of the horse, stallion or broodmare”. It is possible to compare several horses with each other and to select the best breeding stock. However, this method is not yet optimal either and must be correlated with a coefficient of determination. The coefficient indicates the accuracy with which the genetic index has been estimated.

In addition, the equine science company Plusvital discovered a “speed gene” in 2015. By isolating this gene, it is possible to get a precise idea of the preferred race distance. Indeed, “over 83% of horses with the C:C (sprinter) ‘speed gene’ had an optimal distance of one mile or less“. Similarly, “89% of the horses with the T:T (stayer) “speed gene” ran better over distances longer than a mile“. DNA analysis can help identify the choice of distance for a racehorse and offer valuable insights into its potential.

A study by the BEVA (British Equine Veterinary Association) shows that myostatin (or MSTN) is the most influential genetic factor in the choice of the race distance. Indeed, there is a “SINE variant” to MSTN that is only found in Thoroughbreds and Quarter Horses. This variant is a sign of strong sprinting ability in the horse studied, as enlightened by the recognized short-distance abilities of these breeds. Their study, based on 3006 horses from all continents, appears to be the most successful to date. Hence, the MSTN helps to identify the most suitable distance for each horse, depending on their genetic abilities.

The first cloned horse, Prometea, was born in 2003. Today several companies around the world offer cloning services with ever-improving technologies. The first clones for the competition came of age only a few years ago. However, we do not know that cloned horses are more likely to perform at the highest level. That is why in 2013 the FEI lifted the ban on cloned horses competing in international competitions. For the time being, cloned horses can’t figure in the racing studbooks, notably those of Thoroughbreds, French Trotters, and Arabian horses.

The most concrete application is currently breeding since cloning offers the possibility of guaranteeing and exploiting the genetic capital of a gelding or a mare that has not finished its sporting career while multiplying the chances of obtaining the products of a horse by diversifying the risks of infertility or accident. Cloning applied to the breeding of sport horses also has an advantage in terms of improving the breed since genetic capital is lost with the castration of males. The latter represents more than 40% of the population between males and geldings. In 2002, Anne Ricard demonstrated that high-performance geldings utilization in breeding programs could promote a genetic gain of 4% in each generation.

Focus on the Génotrot study – Mapping the French Trotter genome

On a French scale, Le Trot, INRAE and IFCE have been working together for several years to “propose an extended mapping of the French Trotter genome from the point of view of its performance and gaits“. Using an observational and analytical approach, the GénoTrot study highlights correlations between regions of the genome that influence the performance of trotters. The study, which will be published in 2021, aims to:

This study showed that beyond the DMRT3 gene, at least 25 other genes influence gait and performance in horses. These genes influence the performance of the racehorse in different ways. Here are 2 examples of conclusions drawn by the Genotrot study:

This study relies on our ability to sequence horse DNA in the same way we sequence human DNA. The genetic sequencing of DNA determines the order of the four chemical building blocks that make up the DNA molecule. This technique of DNA analysis can therefore highlight genetic characteristics and correlate them with the abilities of racehorses. This makes it possible to draw concrete conclusions, using controlled breeding, to produce a genetically optimized horse for a given discipline. 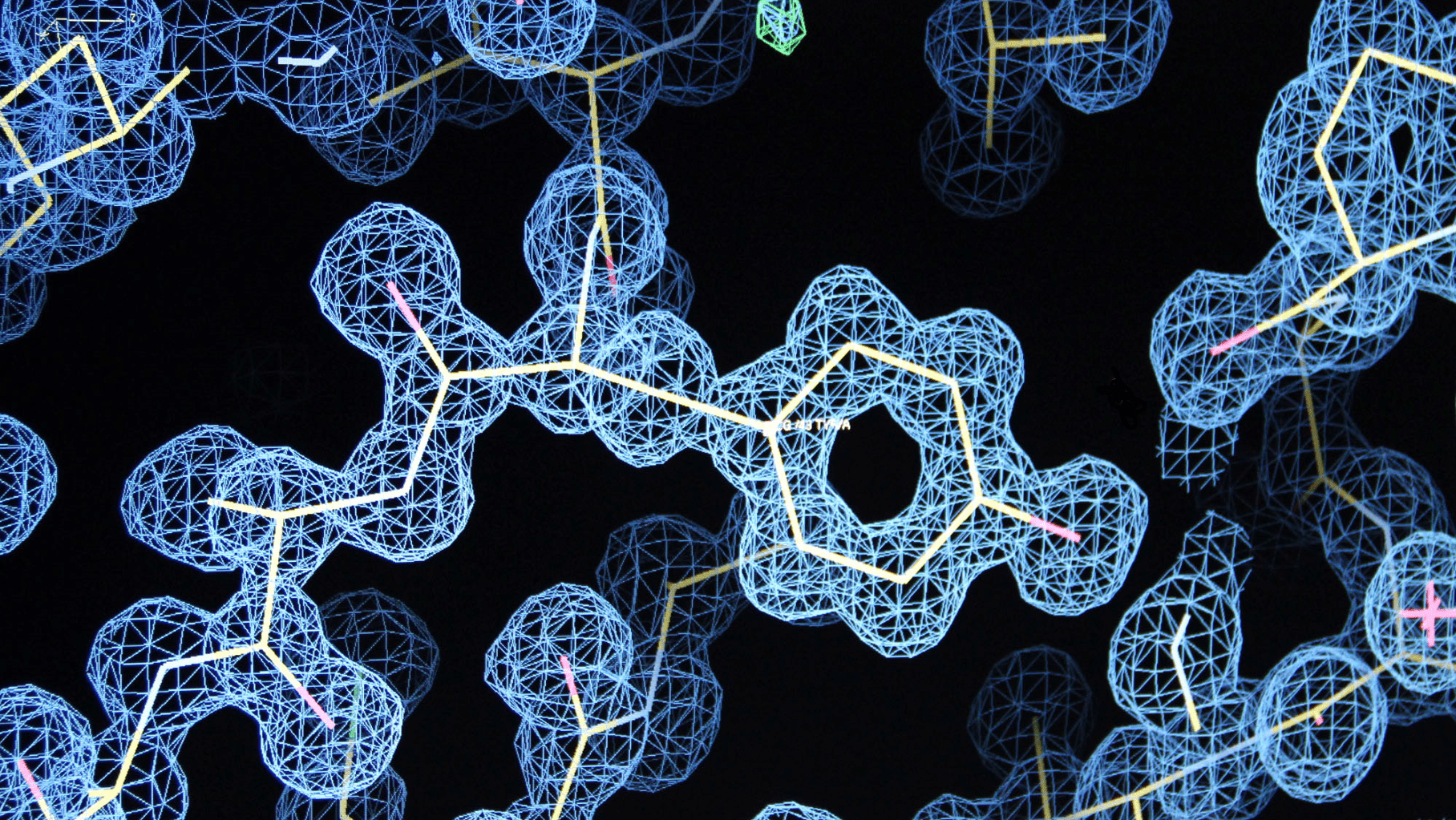 What lessons can be learned and to what extent can current scientific knowledge be used?

The use of genetics seems to have three concrete fields of application at the moment:

However, the studies cited in this article have limitations. First of all, the populations studied (maximum 3000) do not seem to be large enough to be valid. Indeed, the phenomena observed are based on non-representative samples, minimising the validity of the results. Moreover, this analysis of the racehorse is difficult to set up and represents a high cost. Thus, it is difficult to imagine a democratisation of racehorse genetic analysis in the near future. Therefore, regardless of these studies’ acknowledgements, for the next few years the non-genetic influence of trainers and owners will continue to have the upper hand in the distance and training choices of racehorses. Studies have shown that in Thoroughbreds, 30% of race performance is due to components of genetics and heredity (Gaffney and Cunningham, 1988). LeCheval states that “genetics explains between 25 and 45% of sporting performance depending on the breed and discipline, values comparable to those obtained for milk production in cattle, as surprising as this may seem for such a synthetic and complex trait”. However, cloning a crack horse is not enough because the remaining percentage of the performance depends on an infinite number of factors, from the breeding conditions, to the feeding, to the accompaniment during the training and work of the horse.

Our scientific knowledge of the genetics, but also of the organism and physiology of racehorses has drastically increased in recent years. This development improves the overall performance of racehorses. However, it also poses an ethical problem and endangers certain breeds whose genes are not conducive to high performance.

What do you think about this emerging control of racehorse genetics?