How does Trevor J Andrews train his racehorses with Equimetre? 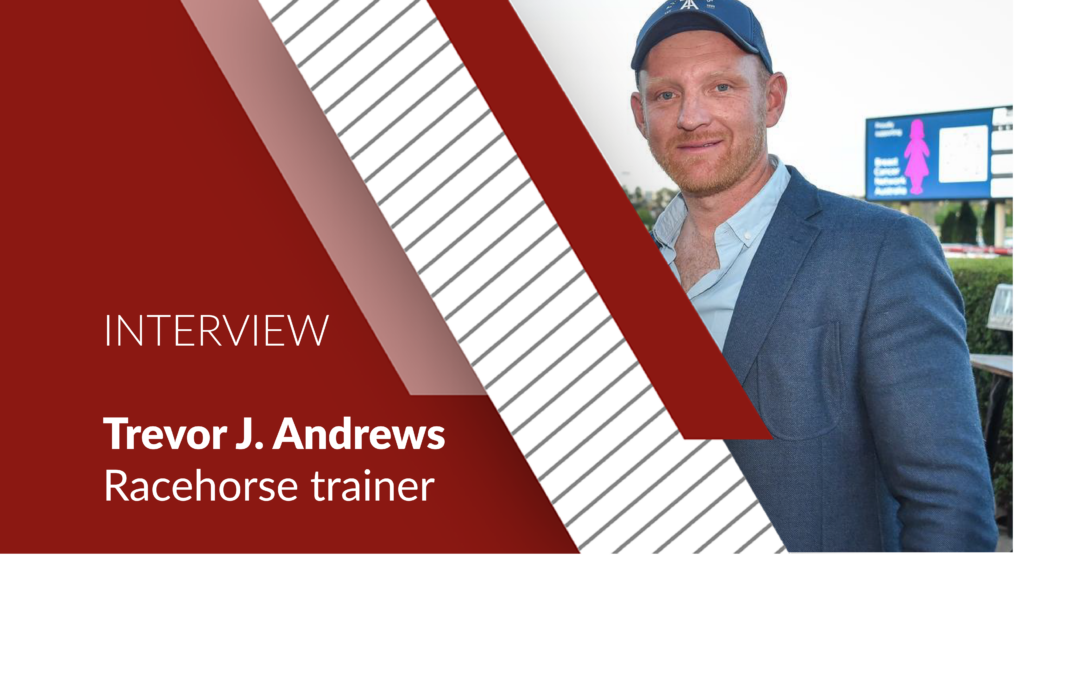 Home 9 Testimonials 9 How does Trevor J Andrews train his racehorses with Equimetre?

Trevor J. Andrews is an Australian racehorse trainer who trains about 80 horses. He has been an Equimetre user since the beginning of 2022. He granted us an interview during which we asked him a few questions about his use of Equimetre, his experience with data analysis, and the results he witnessed.

“It’s not going to make (horses) faster, they are what they are, but what it (tracker) does do is tell you whether they’re ready or not.”

What was the driving force behind your decision to collect data?

I was looking for that little bit of extra, to understand where my horses are at in their training, rather than just taking the word of track riders, jockeys, and staff. I wanted to know exactly, and vets as well, how horses recover and understand stride length, stride pattern, speed: the overall package rather than guessing.

We can really deepen our understanding of our horses. There’s a lot of other factors that are involved like psychological factors, environment factors, race day preparation, but I like having a plan and a process in place rather than guessing.

Why did you choose EQUIMETRE?

I like the concept and the scientific research behind EQUIMETRE. I wanted to see raw facts, to know the reason of why a decision is the best one. For example, I know that one of my fillies is a stayer because she falls within the stride length parameter of a stayer. We know that her stride length is at 7.6 meters and that her stride frequency is at 2.23 so she will be suitable for probably 3200 meters, and she can sustain it.

What do you expect from EQUIMETRE and how is it going so far?

From the beginning I said that I was going to give EQUIMETRE 12 months and whatever it took, I was going to take it quite seriously. Whatever information or data that needed to be collected, I would, and if I didn’t get a result in 12 months, I would stop it. I thought 12 months was reasonable with the horses’ preparation, and it would give everyone a fair go. And I had some great results. For example, with a young horse called I Am War. He had six starts and four wins!

How do you use the solution daily with your horses?

I build portfolios on all my horses. I don’t put EQUIMETRE until the three-week mark.

At the end of the three-week mark, they do a couple of slow pieces of work. On the fourth week we start to do pace work and I keep EQUIMETRE on them approximately three days a week, whether it’s slow or fast work. Once I start fast works, I keep it on them for pace work, running gallops, and trials.

How do you analyze the data? Did you have some knowledge in data analysis before you started to use the solution?

Not at all, it was all just through research and Helene from Arioneo (my Data Success Manager).

Helene and I meet and talk about all the information that I’ve gathered and about any specific questions. We go through each individual horse. I can ask about horses’ heart rates or how they recovered. Thanks to her explanations I can understand why horses are doing certain things with their heart rate, stride length, and other parameters. I’ve learnt a lot. For example, that horses recover slower and harder on colder weather days.

What is your favorite feature on the platform?

Recovery parameters. To me, once the jockey has stepped off, if he was going too fast or too slow, it’s irrelevant once they’ve stopped, because you can’t do anything about that. What matters to me is the recovery and heart rate, and how to manage it for the next training? Maybe we will do something different, or maybe we will do interval training, but it’s all about recovery.

Do you have an example of how the data may have help you to take a specific decision?

Well, I stepped into this with young horses up. For example, for a horse called I am War, his stride frequency tells us that, he is suitable for 1400 meters, but his maturity now tells us that he is a flat out 1200 meters horse right as it stands at four-years-old. We don’t feel that he could race on longer distances yet, because he would do far too much.

On the other hand, we’ve got Serious Princess who’s three-year-old. She does everything perfectly, and she raced at two-year-old. We saw as a two-year-old that she was a stayer, but they don’t have staying races for two-year-old. We placed her in appropriate races, 1400 meters races. We thought that it might be good steppingstones to expose her to racing early on, but still we never saw her bloom, because she’s a stayer. And the further we step her out, the better results we’re getting. She went out in a 1400m race, in a Group 3, and she got beaten by 4 lengths.

Now we’ve stepped her out to 1700 meters for her last start. She was quite unlucky in her run, and I think she probably could have won it or come close, and she only got beaten by 1.6 meters.

Hélène (Trevor’s data success manager): What is important to say here is that Trevor knows his horses and he knew it from the start, but the data is here to correlate with what he sees. Equimetre is a tool that helps your mind to be confident in some things. With Serious Princess we knew from the start that she was a stayer thanks to the data. So Trevor didn’t have to go into too many short races with her at the time.

Trevor: In fact, I didn’t need to give her a lot of trials hoping that we could get her out over the distance.

Once she was fit, we knew that she would be able to carry out. It was just a matter of finding the correct distance for her. Now we’ve got a nominate for the Oaks, which is a nice race. And on Wednesday, she runs in a listed race over 2200 meters. So, we’ve got some exciting things going to happen.

Now there’s a lot of other factors that are involved, so psychological factors, environment factors, race day preparation, all that sort of stuff comes into it, but I like having a plan and a process in place rather than guessing.

How does Trevor J Andrews prepare I am War ?

Article from Racenet on the 10th of November 2022