Does sex of the jockey influence racehorse physiology and performance? 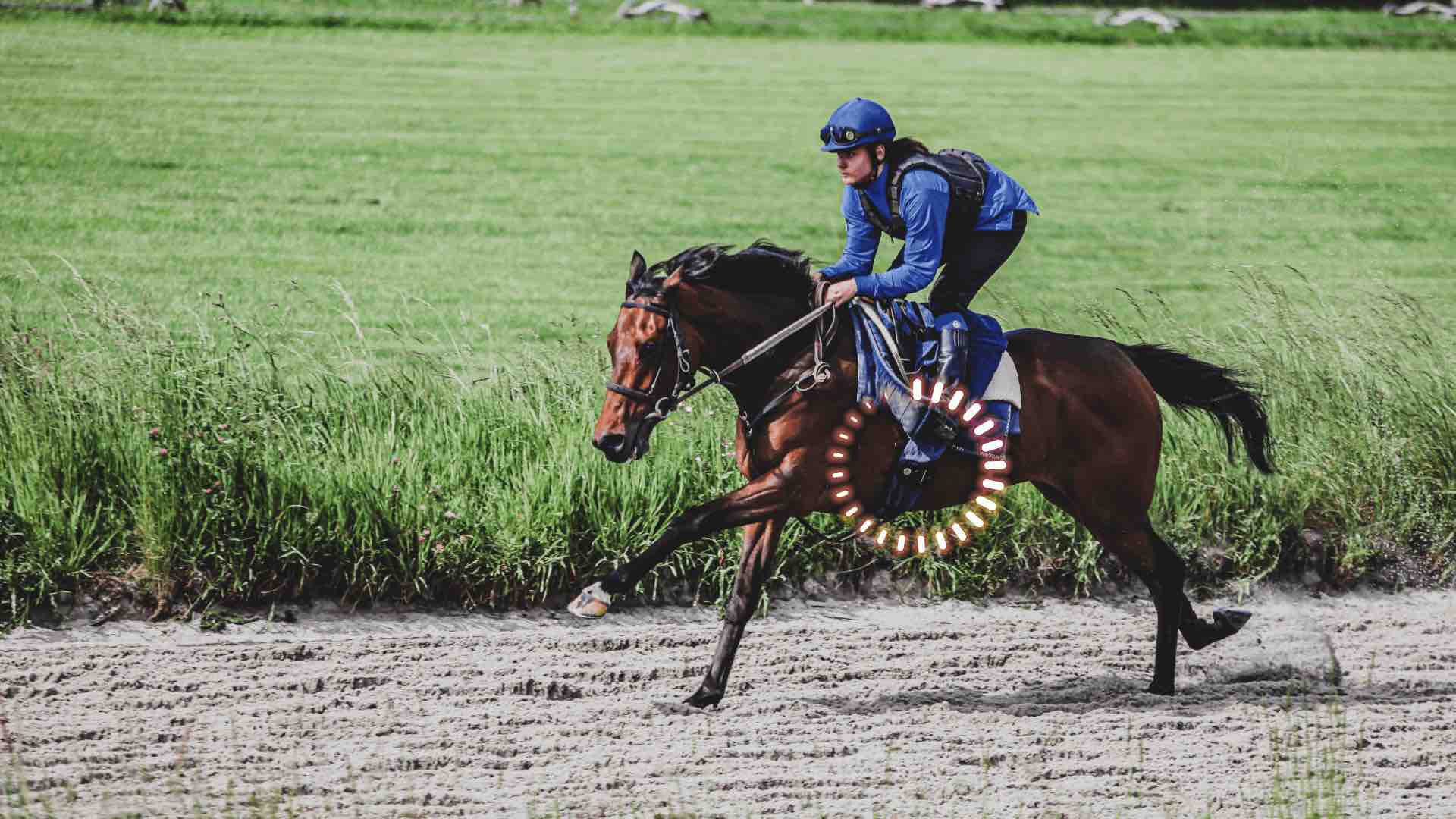 Home 9 Health & Science 9 Does sex of the jockey influence racehorse physiology and performance?

The manuscript is under review for publication in Scientific Reports.

Due to a lack of data regarding female jockeys, no scientific study has assessed the effect of rider gender on the performance and physiology of thoroughbred horses in training yet.

This study objectively assesses the influence of the jockey’s gender on cardiovascular (heart rate, heart rate recovery) and biomechanical (stride length and frequency) parameters of the racehorse during various intensities of effort (from chasing canter to sustained canter) on a sample of 530 thoroughbred flat horses using Equimetre data.

Studies assessing the effect of the rider’s sex on racehorse performance and physiology during training have not been reported, mostly due to the paucity of available data for female participants within the sport. Here, using a validated system (the ‘Equimetre’™) that records all parameters simultaneously, we objectively report the effect of rider’s sex on racehorse cardiovascular (heart rate, heart rate recovery) and biomechanical parameters (stride length and frequency) at various exercise intensities (slow canter to hard gallop). 530 Thoroughbreds, varying in age (2-7 years old) and sex (including geldings), from one racing yard in Australia, completed a total of 3,568 exercise sessions, monitored by a single trainer, on varying track surfaces (sand, turf, or fibre). 103 different work riders (male, n=66; female, n=37) of which n=43 were current or past registered professional jockeys, were used. Data were analysed using analysis of variation (ANOVA) or mixed-effect models, as appropriate. Sex of the rider did not influence racehorse speed (P=0.06) nor stride length (P=0.42) at any training intensity. Heart rate and peak heart rate increased with training intensity (P<.001), with no difference according to sex of rider (P=0.73). Heart rate recovery after exercise appeared influenced by rider sex, but only when the usual training intensity on each surface was reversed, suggesting an interaction between racehorse anticipation of exercise and rider sex. Male jockeys had slightly higher strike rate in races in Australia, but not the UK. This study demonstrates no overt effect of rider sex on racehorse performance and physiology.

The racing of Thoroughbred horses has a tradition dating back to the 18th Century in the UK. However, it was not until the mid-late 20th Century that the first ladies’ race was held. In the present day, more than 90% of participating jockeys, in most racing nations, are men. This is likely an unconscious bias toward male jockeys being, on average, physically ‘stronger’, able to push horses harder, and thus performing better in races than female jockeys.

This decade has seen a marked increase in participation of female jockeys at an elite level in the racing industry. In 2021, the Irish jockey – Rachael Blackmore – made history by winning several high-profile races. The tide is turning; owners and trainers are choosing female jockeys for their horses more often. Success stories such as Rachael Blackmores, are shaping global betting behaviors on the racetrack and challenging the public’s confidence in the ability of male or female jockeys to win big races. In the UK and Ireland, previous research had suggested an underestimation of the ability of female jockeys to win races, as recorded in betting behaviour. In racing, a competitive advantage may lie in the ability of a jockey to control the horse, and/or less weight carried by the horse (i.e. weight of jockey plus saddle). Hence, jockeys are weighed in before, and weighed out after, races. Certain races are ‘handicapped’ by weight carried and according to predicted ability.

All being equal, would a racehorse during race-pace work-outs be different in any aspect when mounted by either a female or male jockey? Would that racehorse be more or less likely to win a race?

Researchers in the School of Veterinary Medicine and Science, University of Nottingham, working with an external company, Arioneo Ltd who have developed a bespoke exercise tracking device for horses and an equine sports medicine expert (Emmanuelle van Erck-Westergren; Equine Sports Medicine Practice, Belgium) have recently published a paper where these questions were addressed. They monitored 530 Thoroughbred racehorses, ridden by 103 different work riders (male, n=66; female, n=37) over a total of 3,568 work-outs at a single racing yard in Australia. Variables such as speed, stride length, horses heart rate and rate of recovery were recorded with an activity tracker (‘Equimetre’©). 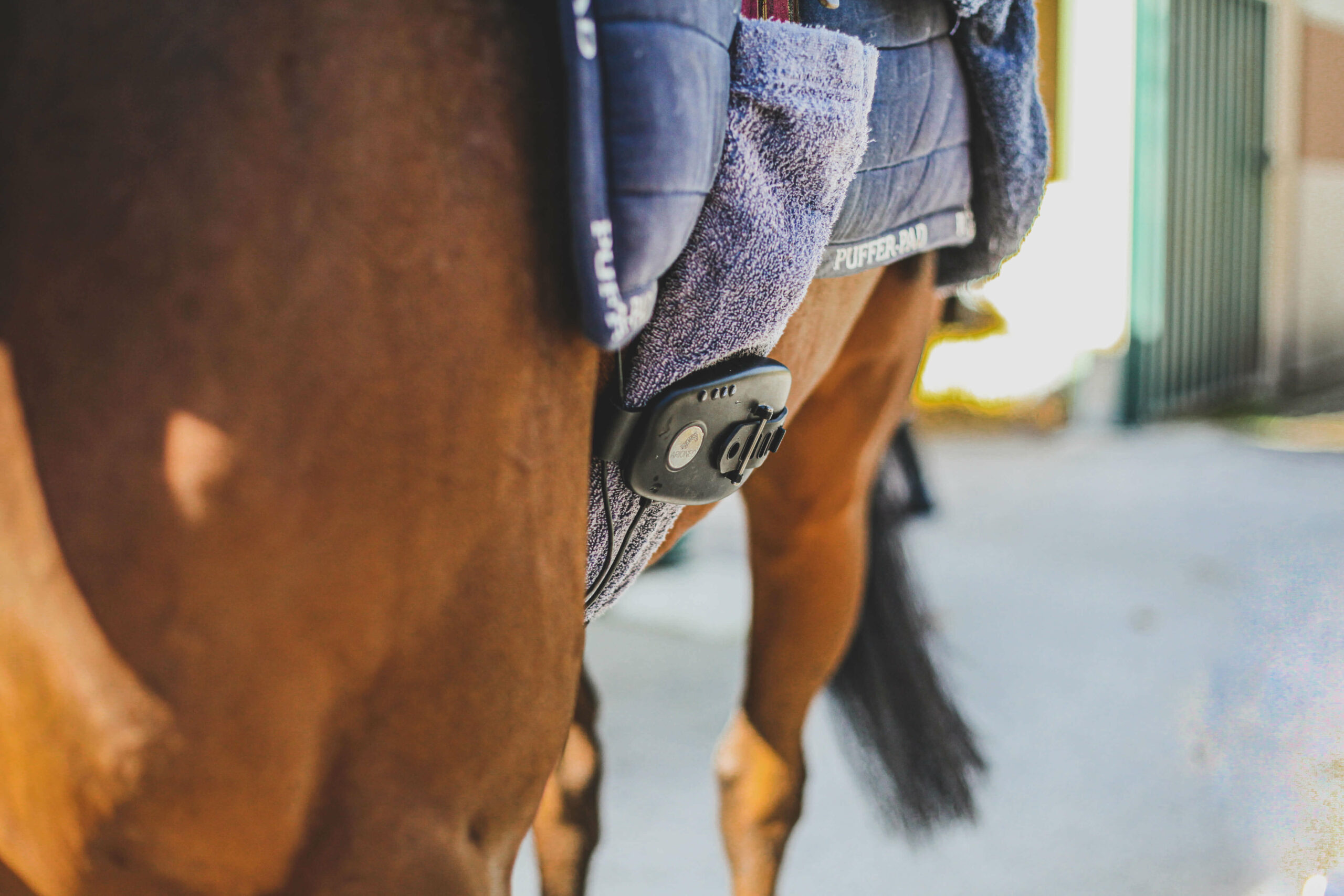 Equimetre is a solution dedicated to the racehorse’s health and performance monitoring.

Developed specifically for racing professionals, the sensor and the analysis platform allow trainers to collect and analyze their horses’ data simply and quickly.

The investigators found no effect of sex of the jockey on any objectively measured outcome variable, measured from slow-canter to hard, race-pace gallops. Would this lack of effect of sex of jockey in training, also translate to actual race results, where many other variables come into play? Analysing results from 52,464 races, female jockeys had a similar win percentage (of total race starts) as male jockeys in the UK (female, 10.7% vs. male, 11.3%). In Australia, male jockeys had a slightly higher win percentage (11.0 vs. 9.9%), but this was negated when considering a top three race finish. Taken together, the researchers found minimal effect of the sex of the jockey on both training and race outcomes.

Some curious effects were observed. For example, recovery of racehorse heart rate after exercise appeared influenced by sex of the rider, but only when the usual training intensity on each track surface (grass or sand) was reversed. Male work-riders, more so than female, perhaps anticipated the ‘expected’ training-intensity (e.g. gallop on grass) and their proposed anticipation was transmitted faithfully to the horse, who responded with higher or lower heart rate. Further work is needed, however, to confirm this effect. When considered across all training sessions, then no difference in expected recovery rates of racehorses were noted between male and female jockeys.

The newly published study is the first to objectively assess whether sex of the jockey has an influence on any aspect of racehorse physiology and performance. The data convincingly suggest the answer is no and offers a new perspective on the possible balance of elite male and female jockeys on the start line of races. Efforts to favor a more ‘inclusive environment’ would greatly contribute towards equal opportunities and the promotion of fair competition within this highly popular and fascinating sport.

Questions about the study can be directed to Charlotte Schrurs (PhD candidate) and Professor David S. Gardner at the University of Nottingham Veterinary School: charlotte.schrurs@nottingham.ac.uk and david.gardner@nottingham.ac.uk.